Do You Have Asbestos in Your Floors? 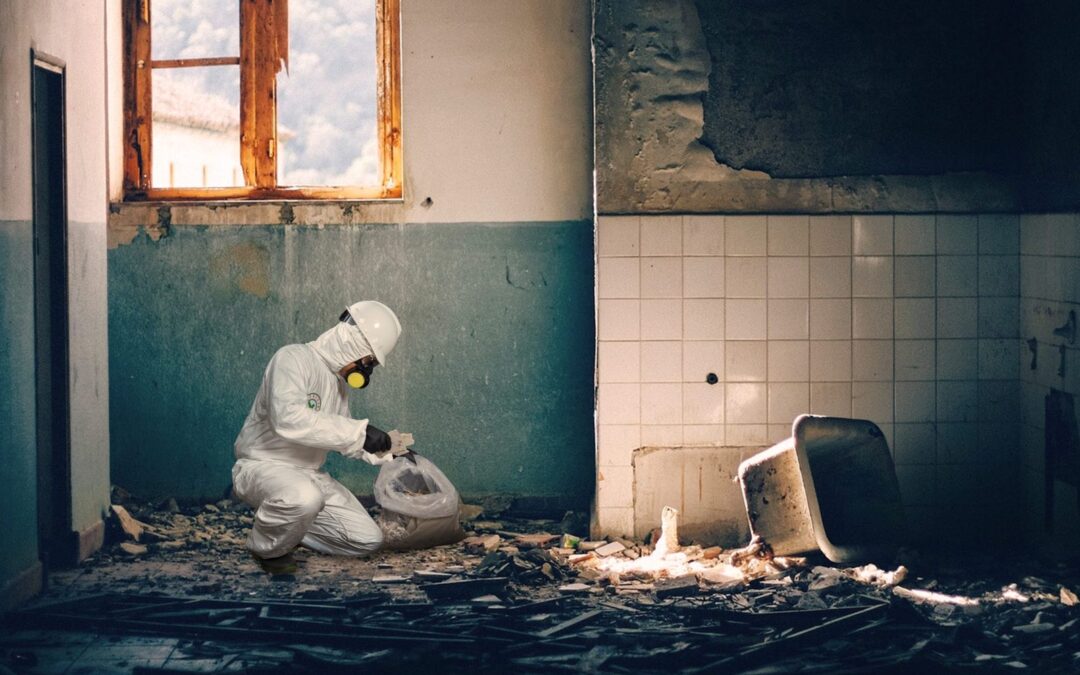 The vinyl floor tiles of your kitchen have seen it all, from plates dropped and cracked on the ground to pasta sauce spillage that rivalled a Hollywood crime scene.

However, have you or a previous owner ever sanded, buffed, water-blasted, or subjected your kitchen tiles to heavy foot traffic?

If you were nodding your head ‘yes’—and if your kitchen dates between the 1940s and the 1980s—you might have a massive toxic mess on your hands.

Even if your floor tiles look like they are in good condition, they could be spreading toxic friable asbestos particles all over your home.

Deadly asbestos fibres are not only in floor tiles; you can find them under your carpet lining and even in your walls or ceiling.

When asbestos becomes mechanically disturbed, tiny fibres get released into the air and can cause many diseases such as lung cancer.

Protect your business and your health by investing in an asbestos inspection today. Asbestos Watch Brisbane provides licensed asbestos experts who will test your flooring, provide rapid results, and deliver thorough asbestos removal if required.

How to Identify Whether Your Flooring Has Asbestos

Are you concerned that asbestos might be lurking unseen beneath your shoes? Some warning signs of asbestos floor tiles include

The safest bet is always to assume that your flooring has asbestos and call in the professionals at Asbestos Watch Brisbane to correct the problem. Better to be safe than sorry when dealing with this potentially life-threatening material.

The Dangers of Asbestos Exposure

More than 90,000 people globally each year die from asbestos-related diseases they developed from old building materials.

Asbestosis is an incurable disease that breathing in asbestos fibres over time will cause. This disease triggers long-term inflammation and scarring of the lungs.

Valuable among the Ancient Romans for its fire-retardant properties, asbestos was a common building material for dozens of generations.

In the 20th century, the toxicity of asbestos became abundantly clear since its consequences were too patterned to be a coincidence.

However, it was not until 2003 that Australia banned asbestos to protect Australians from its detrimental side effects.

At Asbestos Watch Brisbane, we will safeguard our fellow Australians by removing any remaining asbestos in their homes or businesses.

Do not give in to temptation in a DIY attempt to remove potential asbestos by wrenching up your tile or ripping out your carpet without first checking for asbestos. When you accidentally release asbestos into the air, you are possibly harming yourself and your family grievously. Instead, contact our trained professionals at Asbestos Watch Brisbane for your testing and removal needs.

We offer fast onsite testing with our handheld microPHAZIR AS analyzer, which detects asbestos in around 10 seconds. If you prefer, you may send us your sample by post and receive same-day results. To send your flooring piece to Asbestos Watch Brisbane safely, you will need:

Do you have any questions or concerns about testing? Asbestos Watch Brisbane is here to help no matter which option you choose. If, after testing, we discover that you have asbestos in your floor, our trained, professional team will strip it out safely and thoroughly.